At the very beginning of the hard disk drives development, for the purpose of securing safe, fast, smooth and precise rotation of the HDD motor spindle (rotor) - roller ball bearings were used. They secured satisfactory low friction and high reliability at the time and were logical solution in terms of price, productivity and availability.

Gradually, there was more and more need for higher RPM. Increased friction in the bearing and thermal expansion of steel balls due to high working temperatures were the result. The problem of bearing overheating was temporarily solved with usage of the rolling elements made of ceramic material  such as silicon nitride and zirconium dioxide. These materials have low coefficient of thermal expansion.

Constant demand for increased capacity i.e. density of data on the platters, reduced flying height on which heads are hovering above the platters during read/write operations. The principle of rolling bearings is based on the roller bodies rotation around the axis of rotation, while each roller body (ball) also rotates around its own axis at a different speed.

In addition, roller bearings are very sensitive to impurities, which are result of roller balls fraying during operation. These issues led to deviations from the nominal axis of spindle rotation - axial and radial turnouts. In the situation when increasing HDD capacity required reduced flying height, these turnouts, especially the axial one, could have led to contact between heads ferrites and the platters. Further, due to increased RPM fairly high level of noise appeared as a result of rotation of the balls in the bearing.

The solution was found in the fluid bearings. Roller bodies are here replaced by a thin oil layer. HDD spindle (rotor) rotates in bearing without contact with the bearing housing. This principle has significantly reduced the effect of turnout and since there is no contact in the bearing - heating effect too.

Unfortunately, introduction of the fluid bearings hasn't completely eliminated all possibilities for the motor failures during HDD operation. Currently, the biggest problem in this area is jammed spindle in the bearing housing. This defect occurs mostly due to shocks or falls of HDD during operation. Hard drives from Seagate 7200.11 and 7200.10 families are especially prone to this type of malfunction. 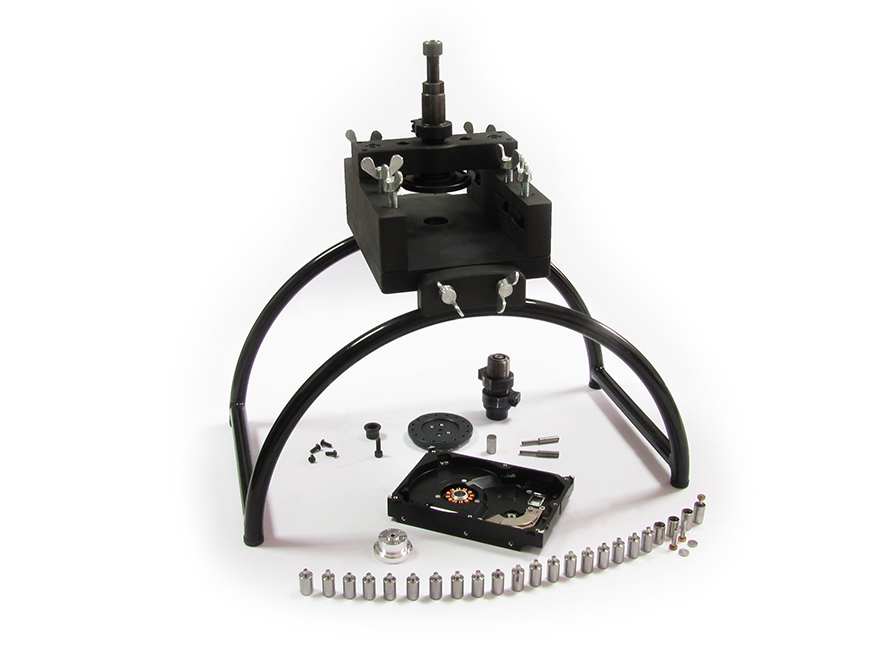 HddSurgery, as a company which develops tools and "know-how" solutions in data recovery, worked on a solving HDD spindle motor problem for almost two years.

Original idea was a platter swap. However, since platters are the only irreplaceable HDD part in terms of data recovery, as well as some other technical difficulties on which we encountered during platter swap tool design, we were forced to find another way to solve this DR problem.

Solution was presented to our DR colleagues in 2011. Our HDDS Spindle Replacement Tool Seagate 7200.10/.11 was entirely new approach to stuck spindle malfunction.

By using it, jammed fluid bearing assembly (consisting of spindle and bearing housing) is ejected from the patient hard drive and it is replaced with completely functional donor fluid bearing.

It is important to point out that, during the whole process of bearing replacement, any movement of the HDD patient platters in relation to the drive housing is prevented. This means that the functional bearing is mounted on the identical spot where the jammed one was. 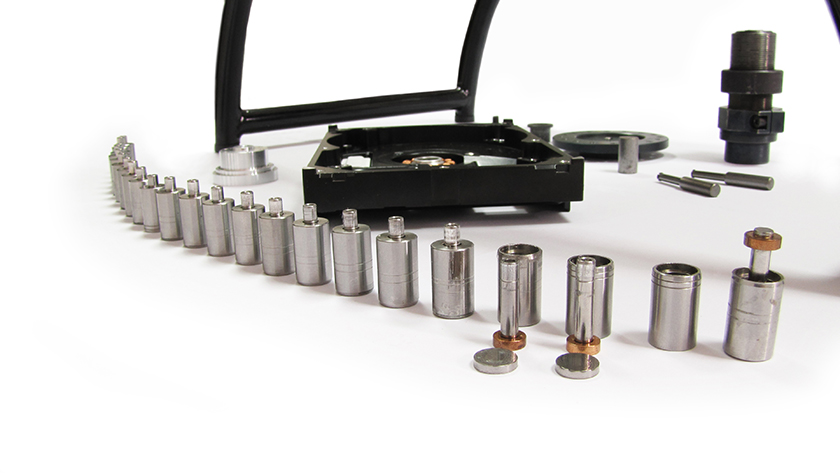 Thanks to this, turnout of the HDD platters is on the same level like on the drives which just came out of the factory. It should be noted that our tool is, from many aspects, safer&better solution than the other approaches - platter swap e.g.